Yesterday marked the start of a Chinese New Year and this annum it’s the year of the sheep. I don’t know about you but there’s something a bit underwhelming about that. If it was the year of the dragon for example, you can evoke connotations of a tenacious, fire breathing, earth-moving kind of year. The year of the tiger sounds like a strong, forceful and intense sort of year. 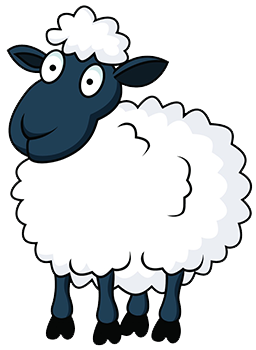 The sheep however is a completely different kettle of fish altogether. The typical sheep is a gregarious, timid and easily panicked creature. By their nature, they require a shepherd to tend to their flock. I’m sure you will have heard of different personality types being referred to as sheep and shepherds which essentially means - does that person blend into the crowd or do they lead the crowd.

Somewhere that I’ve noticed a lot of sheep-like behaviour is on Twitter. Digital platforms generally don’t comply with the old mentality of “build it and they will come” and there are plenty of people and organisations putting out content that people will not connect or engage with.

Twitter is a constant carousel of change and has been a particularly exciting and innovative way of breaking news in a way that reaches its audience far faster than traditional communications channels by the very nature of its design.

Here are my top 3 tips for how to make sure EWE can make your Twitter content stand out from the flock. It’s WOOL worth a look!

Imagine Twitter like a Sushi bar, there are lots of tasty treats traversing their way to you but you are going to want to pick the bowl that looks the most appealing. Using good quality images, sized correctly and links in your tweets can give the user a call to action to engage with your tweet.

Also, think about what you’re actually sharing and who your aiming this at. Users are much more likely to share something that is designed specifically for them rather than just something about them.

A popular technique at the moment is to inject some humour into your imagery or tweet. Eye catching images and quirky puns are a great way to inject some personality - but of course it needs to be contextually appropriate and in line with the company’s brand messages as a whole.

Think about when your target audience is going to be using Twitter. Last year SurePayroll and Ghergich & Co conducted some research into Twitter engagement at different times of the day. They found that generally the optimum time to post on Twitter was on Mondays - Thursdays between 9am and 3pm. They also found that the worst time to post was after 8pm on most weekdays but specifically after 3pm on a Friday - perhaps because people are either putting their week to bed or heading to the pub!

Whilst generally speaking that is a good rule of thumb, it’s worth considering carrying out some research to work out when your users are online, active and ready to engage with your content. Tools such as Tweriod and Followerwonk are free and easy to use and help build up a clear picture of when the best time to post is.

Something that is worth noting is that Twitter is slowly rolling out a “While you were away” feature which will show you tweets that it thinks the user will want to see based on their previous engagement.

3. Get what you give

Businesspeople use twitter to connect with conversations, build networks and find out perhaps some grassroots commentary within their industry.

Where appropriate offer your opinion on key topics important to you and your organisation. Your insight is publicly available (so make sure any facts have been checked, double checked and then checked again, just for good measure) and people can see what you have to say which may win you kudos as an authoritative source.

Remember to try and hashtag as much as you can where possible. I’ve joined many interesting twitter conversations after searching for a topic and finding something really insightful. This can also lead you and other twitter users to find new and interesting people and organisations and expanding your network.

Asking questions to influential people on their opinions is a great way to connect with other people who may have their own take on a shared interest or topic. A great way of being forthcoming about development in your industry could be by tweeting a link to a news story and offering some comment on it.

We’ve got a whole 364 days left of the year of the sheep, will you use this as the inspiration you need to stand out from the crowd. At Only Digital we’re certainly not sheepish about social - if you think you could do with a hand with making the most of twitter get in touch with us today.